The Scottish Highlands are rugged and beautiful. However, since they are so
mountainous, some 250,000 people who live here are spread out quite
sparsely in the area. The Highlands are one of the best places to go for
Scottish culture since it is distinctly different from the rest of
Scotland – the highland communities have a much stronger sense of their
inherited culture than the lowlands and many highlanders still speak the
Gaelic language.

There are many small villages and towns in the highlands, as well as a big
city in the form of Inverness, and some islands which are inhabited. Some of the smaller
villages have become craft orientated over the years and you may be able to
find some real treasures. Because of the vast differences in this section of
the landscape, there are big differences in climate throughout the region.
This has led to the highlands producing a wide range of habitats which has
in turn, encouraged an array of wildlife to make homes in the area.

There is so much to do in the Scottish Highlands. You can explore castles and
visit museums, take a boat trip or train ride. There are beautiful gardens
and parks worth visiting as well as a whisky trail. The famous Loch Ness is situated in the highlands and you’ll find ancient monuments which can be visited. If you’d like something more adventurous, you might try pony trekking,
walking, cycling, skiing, kayaking and sailing. There is no end of things to do
in the highlands so you can be sure you’ll thoroughly enjoy yourself here.

The highland covers everything that you ever imagined about Scotland. The big skies, breathtaking landscapes, friendlier people, and food to end the entire day of enjoyment. The reason why so many people get lured to the highland most of it is that the land itself is fruitful. As tourists from different countries eventually feel the sense of adventure within them, they will see the highlands as a natural playground.

When you go a little deeper, you will see the ancient history side of it. The rich history has left behind some of the majestic pieces of castles that will look straight out of a movie from Hollywood. So, if you are planning to visit Scotland and cover all the information regarding the highlands of Scotland, then this article has what you are looking for.

What is considered the Highlands of Scotland?

A majestic scenery filled with wild things and the wide mountains makes Aena place the highland that people seek when they enter Scotland. The northern part of Scotland has all the places that paint everything you have seen in a movie into life. As reality draws big mountains with wild beauty in the sky and the mountains, stunning tropical beaches, you can’t help yourself but invest your time in the land to explore more of the highlands rather than restricting yourself.

Normally, when you see people in the highland, they act a little hesitant, but after an hour to two on the block, tourists get massively hyped about exploring and to create their adventure on the island.

Where exactly are the Scottish Highlands? 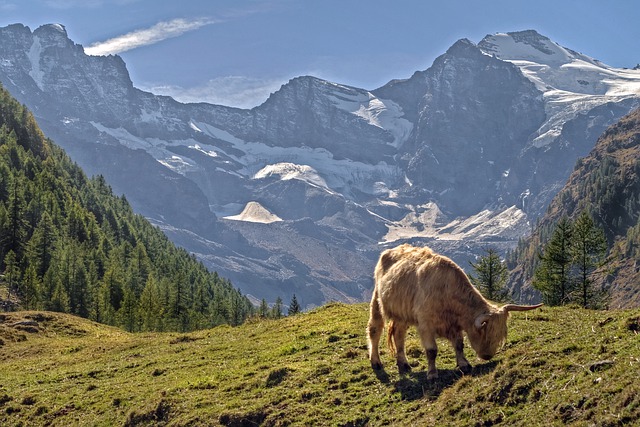 The highland ranges from west of Fort Williams to the coast by Skye. Inverness is considered as the capital of Highlands. If you take a look at the history of Scotland to find the exact location of Scottish highland, they all point to the highland boundary fault which stretches from Arran and Helensburgh from the west coast to Stonehaven in the east. Here both low land and high land will get covered.

Are the Scottish Highlands safe?

When you are out in the open, trying to find yourself in any nefarious situation will be a difficult thing to do. As the Highlands are not known for petty crimes, by most part, highlands are pretty safe places to be in. But following some healthy precautions would go a long way, for example: don’t leave your wallet on the table, make sure to keep your valuables without or it would get stolen. Some of the items you need to watch out for is your wallet, camera, passport. If you have a large sum of cash without, make sure not to spend too much time out on the street. If you come in contact with any problem, then you can call the police department.

If the matter is much worse, then you can get in touch with the United  States Embassy. But most of the people are friendly and are very welcoming. That doesn’t mean you have to let your guard down to every person you see on the street. But in most cases, if you decide to take a stroll around Scotland or the highlands, you won’t come across any problems.

Where is the best place to visit in the Scottish Highlands?

When you are visiting the Scottish highland make sure to set the expectation to all-time high because that is exactly what you are going to receive when you spend your time in this location. Here you can visit the majestic fort George, Ben Nevis, waterfall, Loch an Eilein, North coast 500, Cairngorm Mountains, and Clava cairns. All these places pack in beautiful scenarios and the rich wild element to boost the appeal of highlands to the tourist. If you ask the locals you will find out some more information that would not be available in any test guide. So make sure to learn a few words to communicate with people. As they will let you know of more hidden places in Scotland.

Why are there no trees in the Scottish Highlands?

One of the most frequently asked questions about Scottish highland is the trees. Many seem to wonder, why there are no trees in the highland region of Scotland. Because everywhere you go in the world, you can easily find trees that match the scenario of the highlands. But the reason why there are none in Scotland, because it’s too wet, windy, and the soil is too thin. But most people believe it is due to the scots pine and oak, as the deforestation of Scotland started 5,00 years ago. Now the ground is not as great as should be to repopulate with trees.

What is the most beautiful part of Scotland? 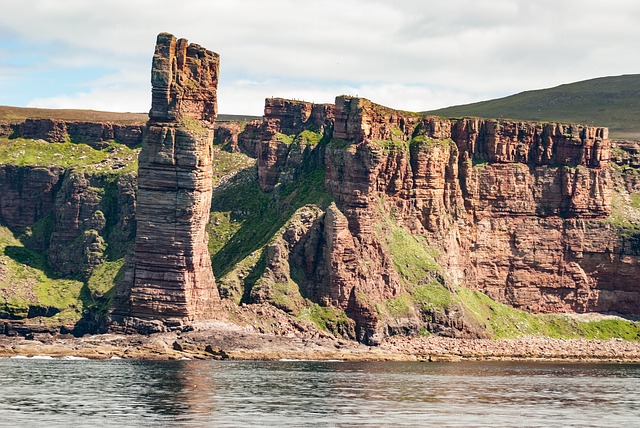 If you want to spend your time in the wilderness of the highlands or take your time in the richest coastlines, and castles. You would get all of that when you’re in the land of Scottish. Places like Edinburgh, Orkney, Isle of Muli, Loch Long, Glen Coe, that’s not it. Towns like Portree, Plockton, Tobermory, Kelso, Melrose, and many more. All of them carry sufficient beauty of Scotland to the people to see and enjoy. There wouldn’t be a time, where you will feel left out by the Scottish lands, if you are open to the adventure and the thrill of the beauty of Scotland, you would see the place slowly accepting you. Only then you would have a great time in Scotland without finding yourself in any restriction.

Now you know the reason why Scotland holds such a favorable view amongst the pope who has never been to the actual place and the people who have seen what the land has to offer to the tourist. People who generally arrive in Scotland find themselves lost, as the world can be a bit overwhelming, because of the vast landscape, with majestic views on every corner. The hospitality of people is something that you rarely get to see outside in the world. Once you combine the ABC, you would soon realize why so many people have praised the land and hold the destination to be one of the best in the world.