SCOTLAND: The Land of the Gaels

Things to Do and See

Scotland is the second largest country in the United Kingdom and comprises about 33% of its total land area. It shares its southern border with England with the remainder of Scotland being surrounded by water including the North Sea, Irish Seas and the Atlantic Ocean. The country has 6170 (10,000km) miles of coastline. From north to south (vertical measurement), Scotland is about 280 miles in length and between 25 and 150 miles in width.

The country is comprised of 4 archipelagos (Hebrides, Orkney, Shetland, and Faroe Islands) and well as 796 islands with Lewis and Harris, Shetland, Orkney, and Skye the most populous of the ten largest islands. Many of hundreds of Scotland’s islands are either uninhabited or have a population of less than 200 residents with 125 islands inhabited.

The head of the Scottish Government is the First Minister and the country is represented in the United Kingdom and European Parliament and a member of the British-Irish Council. Scotland has limited self-government and is represented in the House of Lords by Scottish Members of Parliament. The country is divided into 32 limited, self-governing council areas (administrative subdivisions).

Letters: It is the poor who bear the Covid brunt, no matter where in the UK they live
If the degree of unnecessary suffering and grieving in Scotland caused by delayed non-Covid treatments since March were laid bare, there would be ...
19 October 2020 @ 5:37 pm
Coronavirus Scotland: Schools could be forced to close if it's too cold due to anti-Covid tactic of ...
But now the Scottish Government's Covid-19 education recovery group has warned the “legal temperature level” - 17C in classrooms - must also be ...
19 October 2020 @ 5:26 pm
Coronavirus / SIC leader frustrated by lack of talks with government on Covid-19 restrictions
SHETLAND Islands Council (SIC) leader Steven Coutts says the local authority is still waiting to hear from the Scottish Government over its plans for a ...
19 October 2020 @ 4:30 pm
Coronavirus: New Scottish lockdown strategy will replace the hospitality closures from next week ...
“The framework will also summarise our work to improve the effectiveness of existing measures to curb Covid, for example, how we will work to ...
19 October 2020 @ 4:21 pm
Scotland Reports First Coronavirus Case as Nearby Towns Go Red Alert
Windham is is one of 11 cities and towns in red alert status because of cases of COVID-19 while the town of Scotland is reporting its first case.
19 October 2020 @ 3:33 pm
UK COVID cases MAPPED: Wales and Scotland vs England - which region has highest levels?
COVID cases are rising in each part of the UK - but out of Scotland, Wales and England, which country is the worst effected? By Aliss Higham. 16:11 ...
19 October 2020 @ 3:13 pm
Coronavirus: Where are the Covid testing centres in Scotland?
Booking a test and self-isolating has been a crucial part of government guidance on how to stay safe during the COVID-19 pandemic. And drive and ...
19 October 2020 @ 2:05 pm 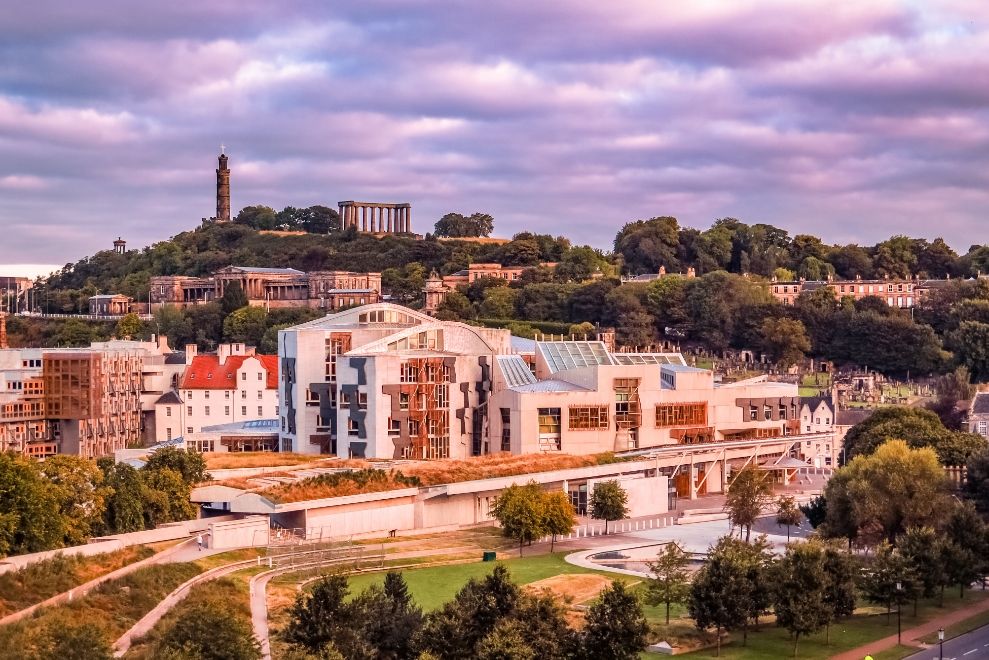 Below is our country profile containing facts and information to familiarize you with Scotland.

Scotland should build new relationship with US 'no matter who wins election'
Scotland needs to build a new relationship with America no matter the outcome of the coming US presidential election or any future constitutional ...
20 October 2020 @ 6:00 am
Scotland 'should lead the way' in climate change support for poor countries
Stop Climate Chaos Scotland (SCCS) said rich nations responsible for fuelling the climate emergency must offer developing countries more financial ...
20 October 2020 @ 3:56 am
Taika Waititi's Star Wars movie reportedly eyes Scotland Highlands as filming location
The news was first broken by a source for Scotland's Daily Record. While the plot of the film is a closely-guarded secret, what is known is that this shoot ...
20 October 2020 @ 12:45 am
Covid in Scotland: 'I only found out about grants when it was too late'
Covid in Scotland: 'I only found out about grants when it was too late'. By Angie Brown BBC Scotland News. Published: 42 minutes ago. Related ...
19 October 2020 @ 11:37 pm
Town of Scotland Reports Its First Case of COVID-19
Seven months after the start of the pandemic in Connecticut, the eastern Connecticut town of Scotland has reported its first case of coronavirus.
19 October 2020 @ 10:41 pm
Covid in Scotland: Hospital sees 'dramatic rise' in symptomatic patients
BBC Scotland revisits St John's Hospital in Livingston during the Covid-19 second wave and finds staff tackling a fresh surge in symptomatic patients.
19 October 2020 @ 9:37 pm
Hogg wants Scotland to 'inspire nation'
Scotland full-back Stuart Hogg says the national side want to regain the momentum they had in the early part of 2020. Hogg, a European Champions ...
19 October 2020 @ 9:00 pm 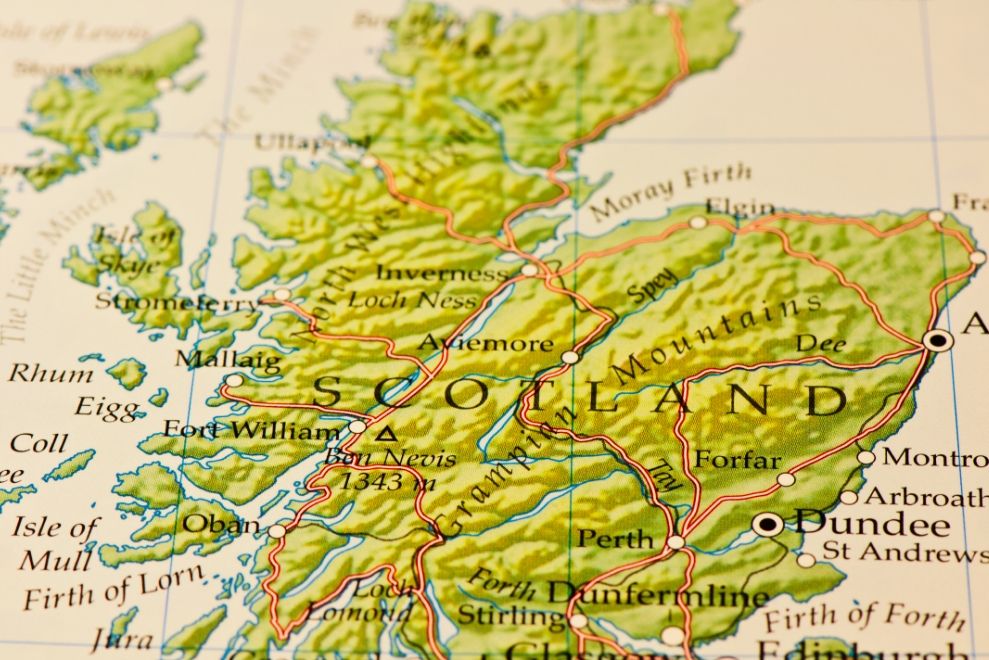 What currency is used in Scotland?

Scotland’s official currency is the Pound Sterling which is common represented by the symbols (GBP; £). If you are visiting Scotland from the United States, then type “USD to GBP” in your browser for the current exchange rate.

Where should I visit when in Scotland?

Scotland is known for its hundreds of iconic castles and is referred to as the “Home of Golf” with its world famous golf courses hosting the Ryder Cup, the British Open, and the PGA European Tour. While in Scotland consider visiting one of its National Parks or nature reserves or partake on a tour of the hundreds of historic churches and museums. For those interested in distillery tours be sure to explore the Scottish Whisky Trail.

When is the best time of year to travel to Scotland?

The temperature usually fluctuates between 3–7 °C (37–44 °F) and 15–17 °C (59–63 °F) but the weather can be very unpredictable. Many travel experts recommend planning your trip either in the springtime (between the months of March and May) or visiting Scotland in the autumn (September through mid-November). Summers are warm although rain showers are quite common but most notably in the North. Snow is common in the Highlands during the winter months. Be sure to bring the appropriate clothing and plan accordingly.

What are some of the “must see” destinations in Scotland?

Scotland has a diverse and fascinating attractions. From off the beaten path tours to exploring the countryside and cites you will find the Scottish countryside dotted with quaint towns, beautiful landscapes and historical treasures. In between its rugged coastline and snow-capped mountains, we recommend that you consider visiting Cairngorms National Part, the Isle of Sky, the and Trossachs National Park.

How expensive is Scotland?

Youth hostels and rooms are plentiful with season prices ranging between USD$20 and USD50 a night. Mid-range hotels in the larger cities such as Edinburgh and Glasgow can cost upwards of USD225 to $450 a night. Be sure that your budget accounts for meals, ground transportation, entrance fees, and entertainment which can cost $100 a day per person. Transportation, day tours, and rental car costs will vary based on your travel itinerary.

Do I need a visa to visit Scotland?

Depending on your citizenship and country of origin, a visa and other travel documentation may be required to visit or study in Scotland. At present, no visa is currently required if you are British (or a part of the United Kingdom (UK) or if you are from within the EU. However, with the heightened possibility of the UK leaving the EU (Brexit) travelers from other countries should need to check with UK immigration.

Is Scotland a Country?

There is not a clear-cut answer. Scotland has a limited, self-government but is part of the United Kingdom which retains partial control over some of Scotland’s internal matters such as social security, defense, international relations and limited matters of taxation. The Scottish Government is headed by a First Minster who serves as the political leader of Scotland and is appointed by the Monarch. Scotland’s future status will be determined once the United Kingdom’s withdrawal (“Brexit”) from the European Union Brexit has been concluded.